Hey everyone!
I hope you all are having a great day. Today, I’m bringing something different for you guys to try out.

I got invited by a friend to Masala Pot located in Meena Bazaar, Dubai. This restaurant completely got renovated and had it’s opening recently. Now it’s completely different than what it was before. Let’s talk a little more about it:

So starting off, I entered and the welcoming staff greeted all of us. I’m not a complete vegetarian person so I was scared maybe it’s completely a vegetarian restaurant. But as I started seeing the menu, it was endless.. I think I’ve never seen a huge menu of so much variety anywhere. It took me quite some time to look for some special items. Not just that but the staff also recommended us a few things to try out. So we finally started ordering things, and I absolutely loveddd the way they were taking orders on an iPad. This as a customer impresses me a lot, since you can tell however you want, and there would be just no confusion at all. 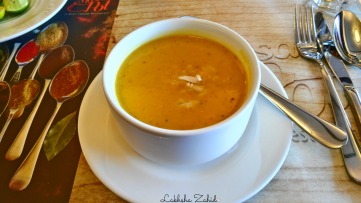 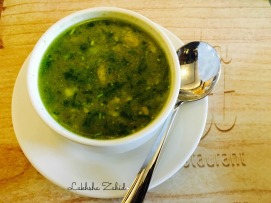 So it started off with some tasty complimentary pappar, with one sweet sauce and one spicy one. I loved the Pappar, that’s the best snack I would’ve had. Then comes the time where we tried an Avocado Soup, and a Lentil soup for me. As per the Lentil Soup, I think wherever I go to have lentil soups, it’s really plain. But here it was made in my way, spicy and healthy. So far the best Lentil Soup I’ve had. This is what brought a good image of the food in me and I started getting really excited about whatever I’m going to eat next!

Then we started with the appetizers, and ordered by the staff’s choice Malai kebab, Chicken Tikka and Thailand Dish (cashew-nut with chicken). Out of all I loved all of these but my most favorite was Chicken Tikka! And no! It was not the whole piece. As it was an appetizer, they give you a small amount of these Chicken Boti’s with some salad around. 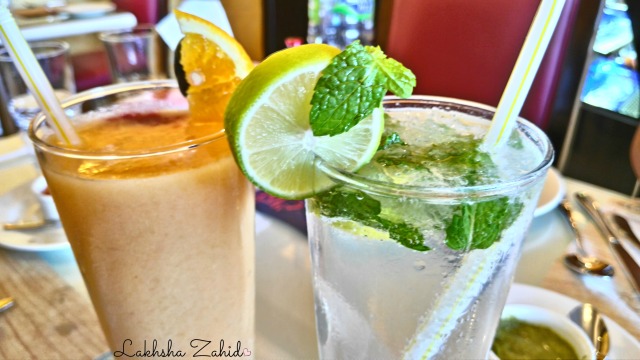 In our drinks, we ordered a Cocktail and a Mocktail. I ordered Mojito, which is a mixture of Lemon, Mint, Sugar and 7Up. It was extremely tasty! I write this as my mouth is watering!😍 It was a big glass just for 12 Dhs. Yum! 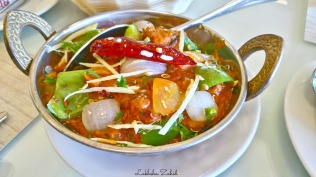 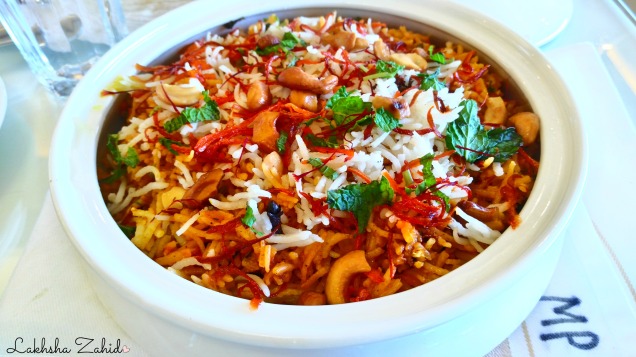 In my mains, as always I eat a Biryani, so I choose Dum Murgh Biryani which is for as low as 20 Dhs and good for two people. The Biryani was filled with a lot of cashews, which should have been a little less but overall it was tasty! I also tried Chicken Karhayi with some fresh roti, which was really tasty and was cooked in a different way from the ordinary style.

I really wanted to try their Paani Puri. So when I finally got a chance to try, I asked for a plate and they made me some! It was like a street food craving satisfied! It was sooo Yummy! I could have endless!😍 Unlike all the other chaat places, they served 8 pieces not 5 or 6!

Then comes the time for something sweet, tried on the tasty Flavored Kulfi which was my extreme favorite and costs as low as 6 Dhs! I also tried the Falooda which was good, but should’ve been in another container to be able to have it easily!

With all this, I highly recommend you guys to go ahead and try some great Indian food! You’d definitely not regret your visit there. They’re affordable and have a great space to have many of you! Thanks for reading.